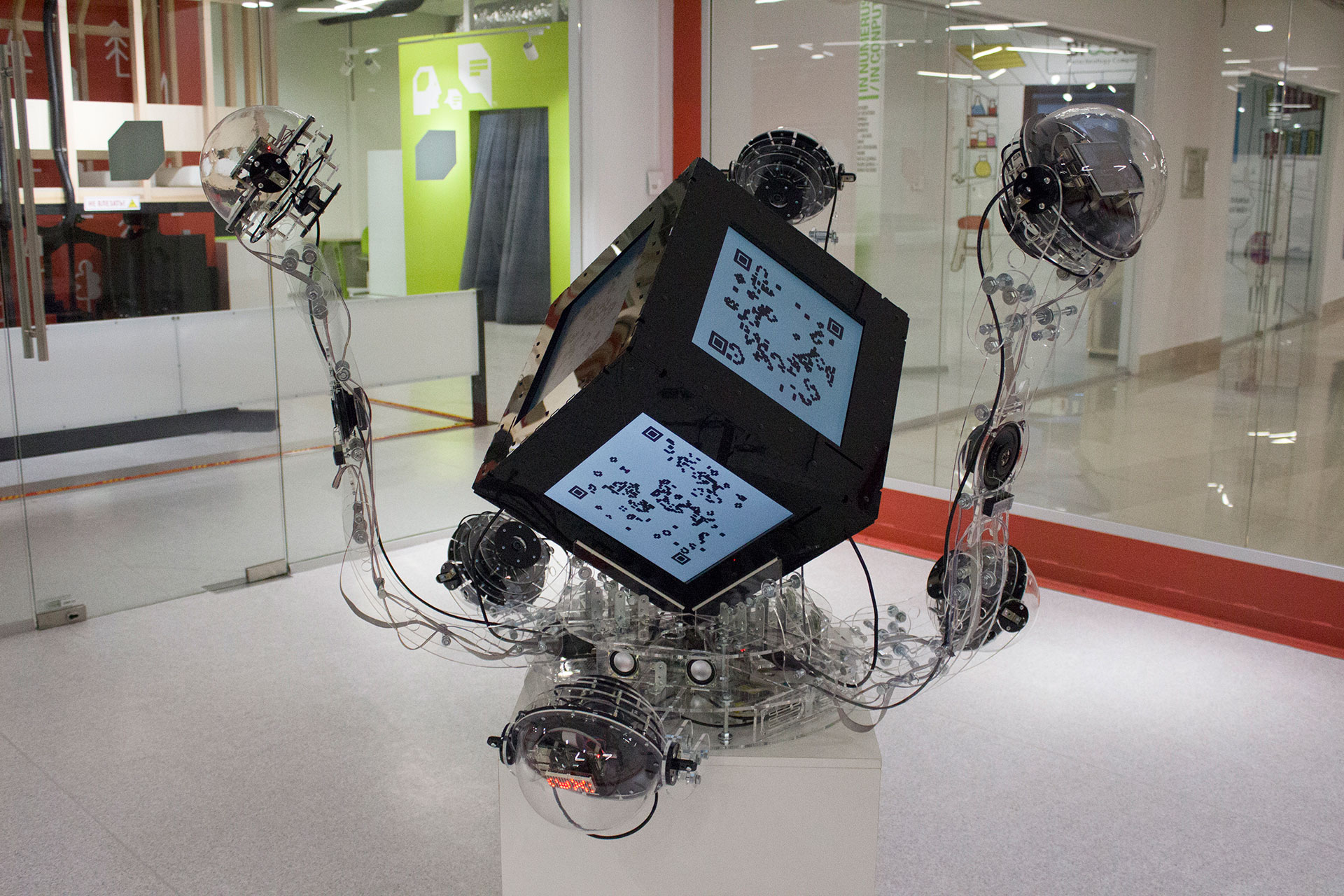 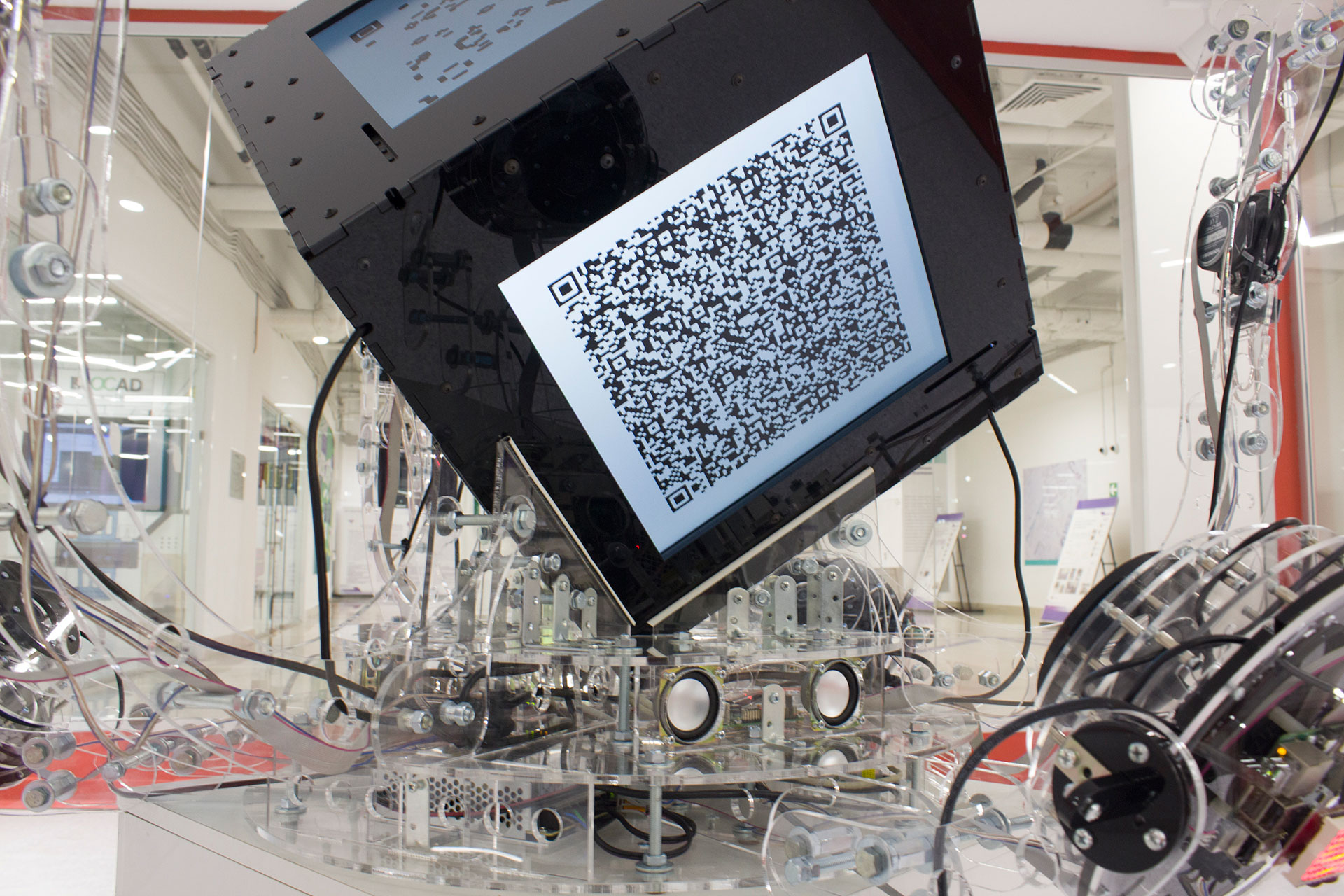 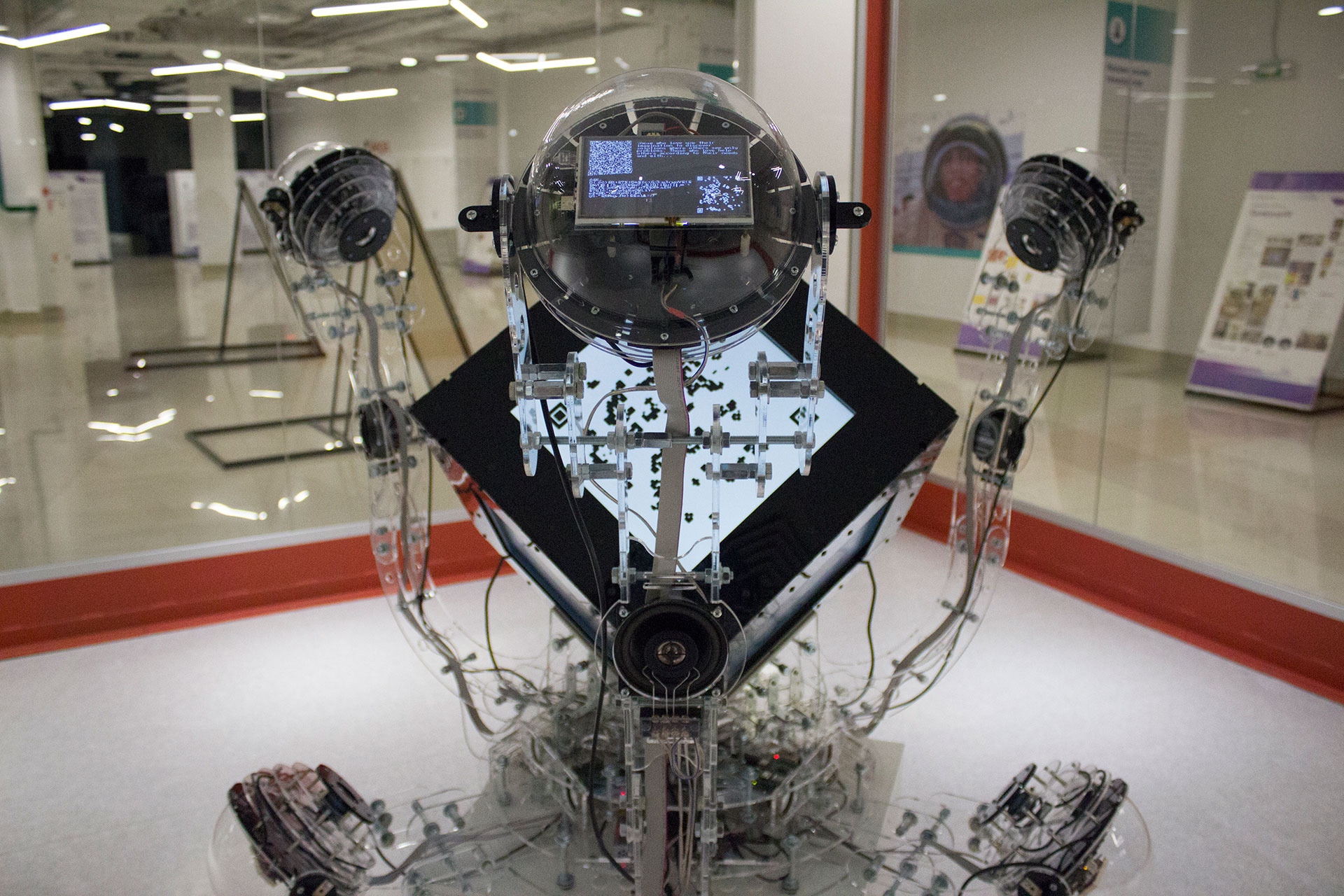 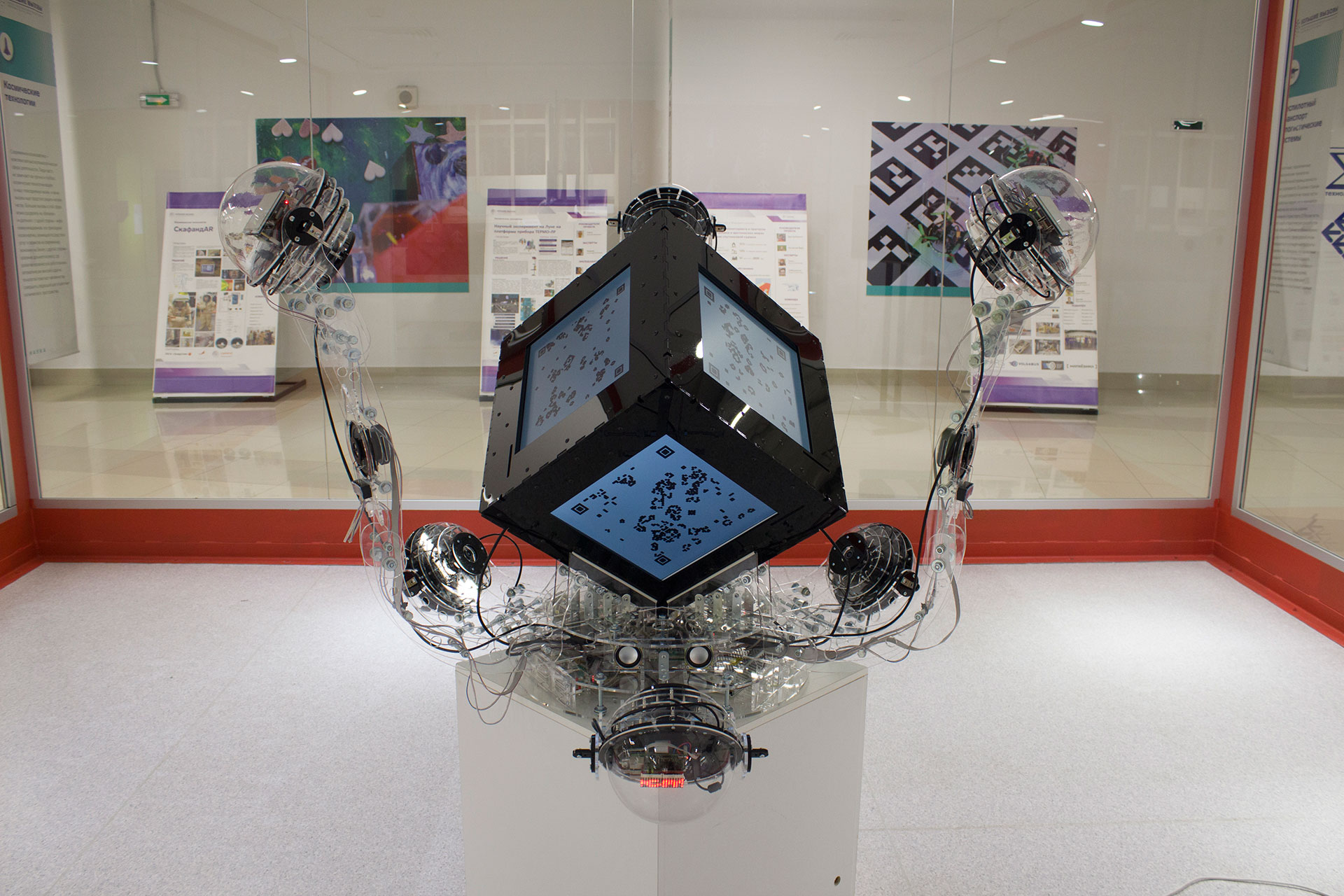 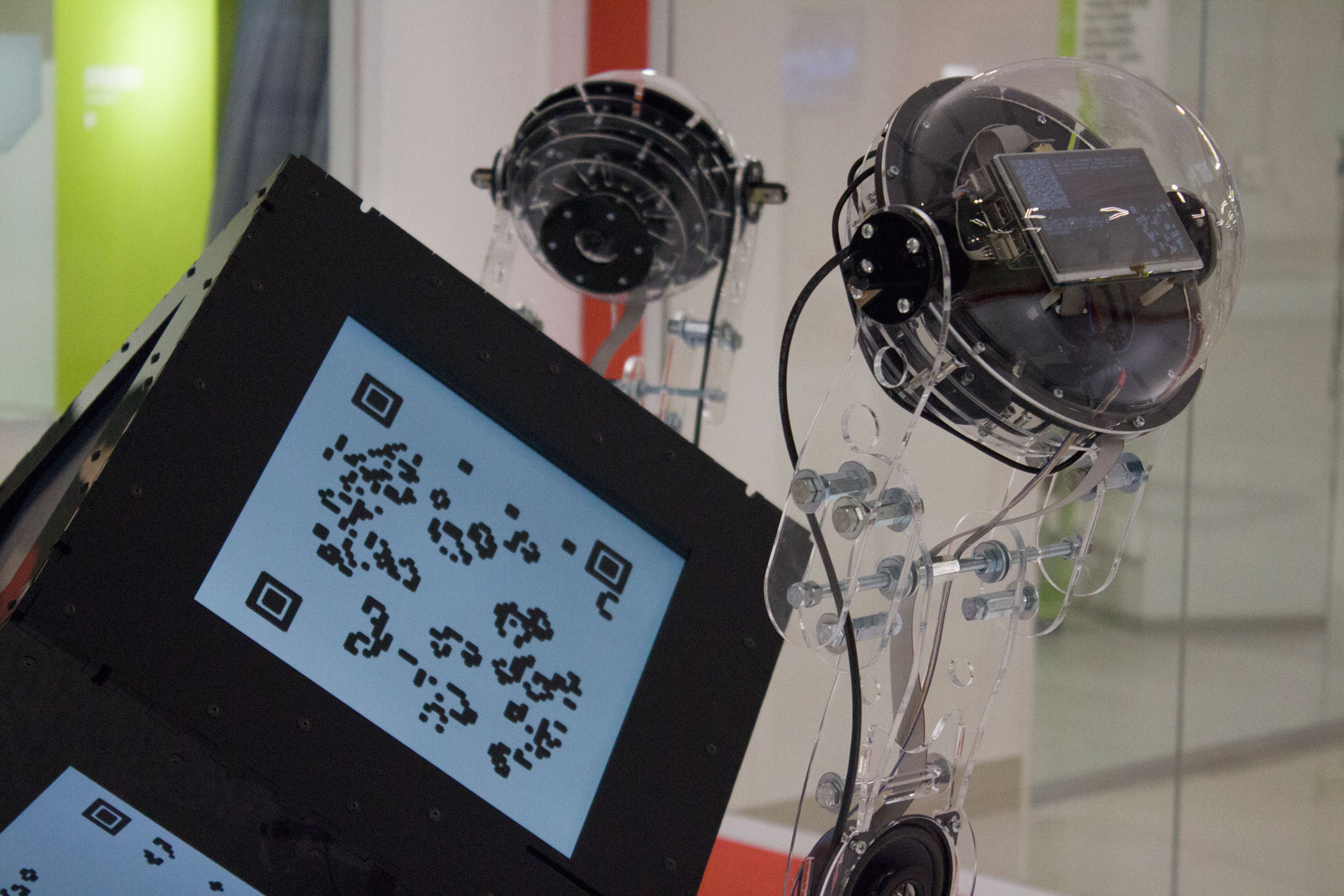 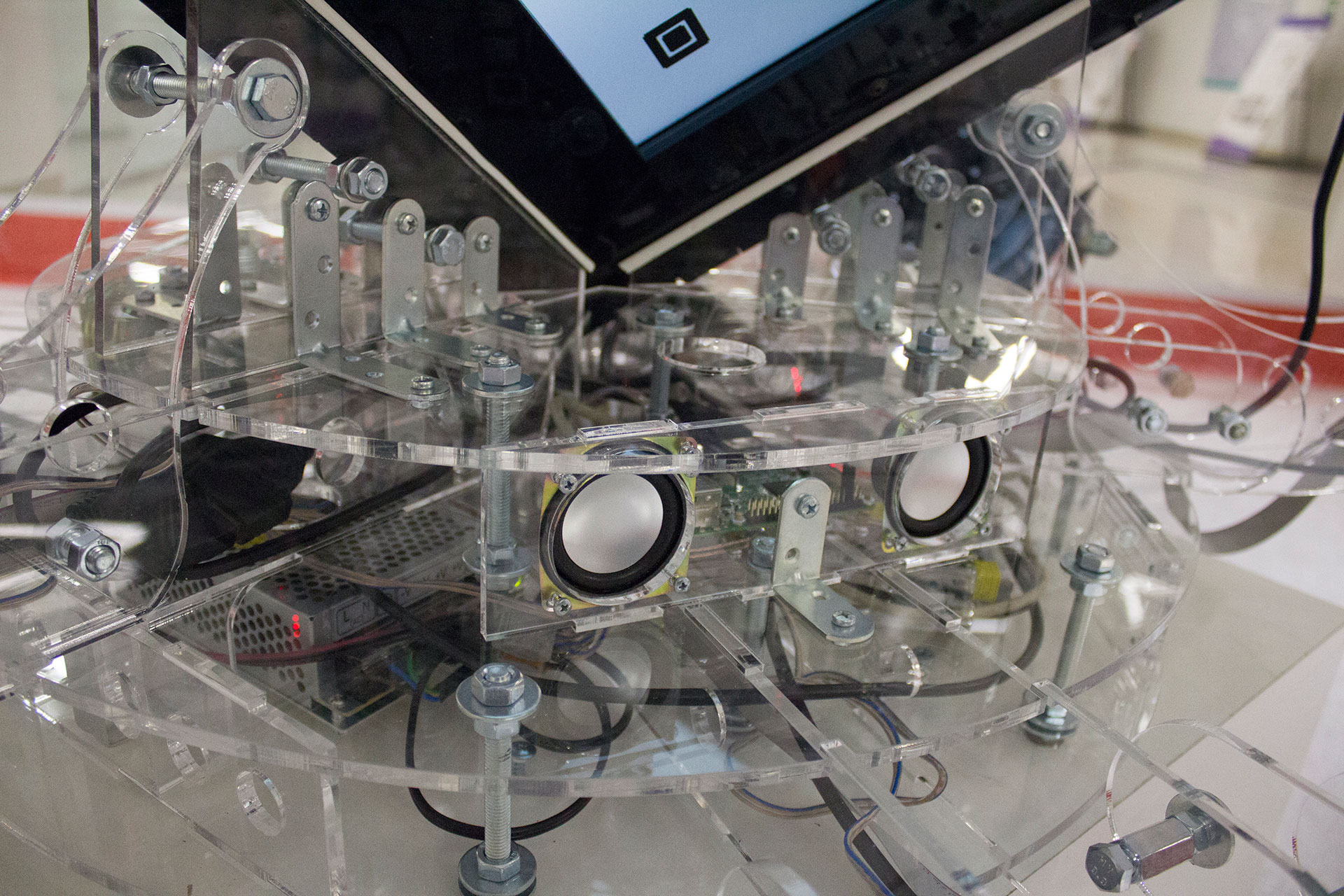 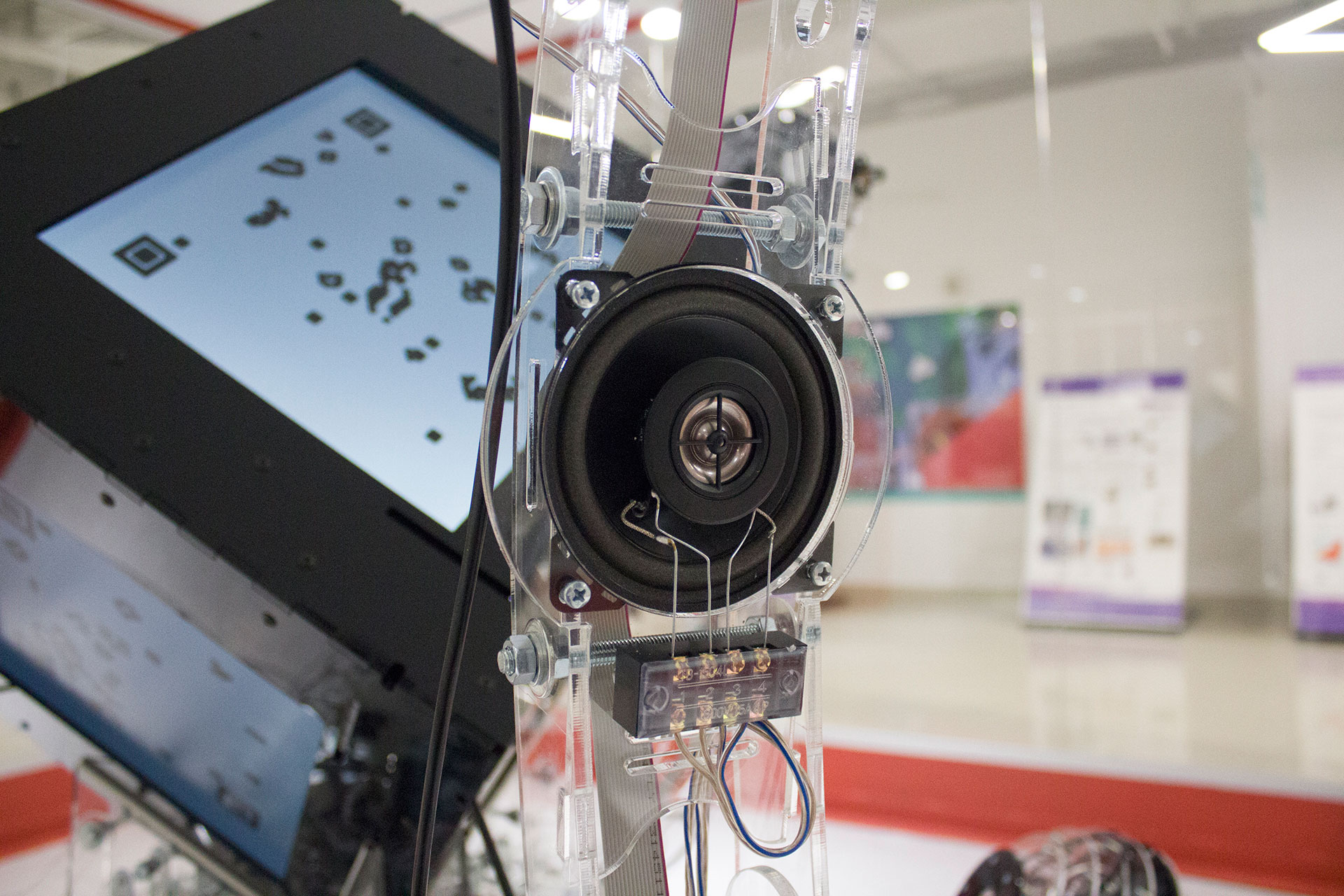 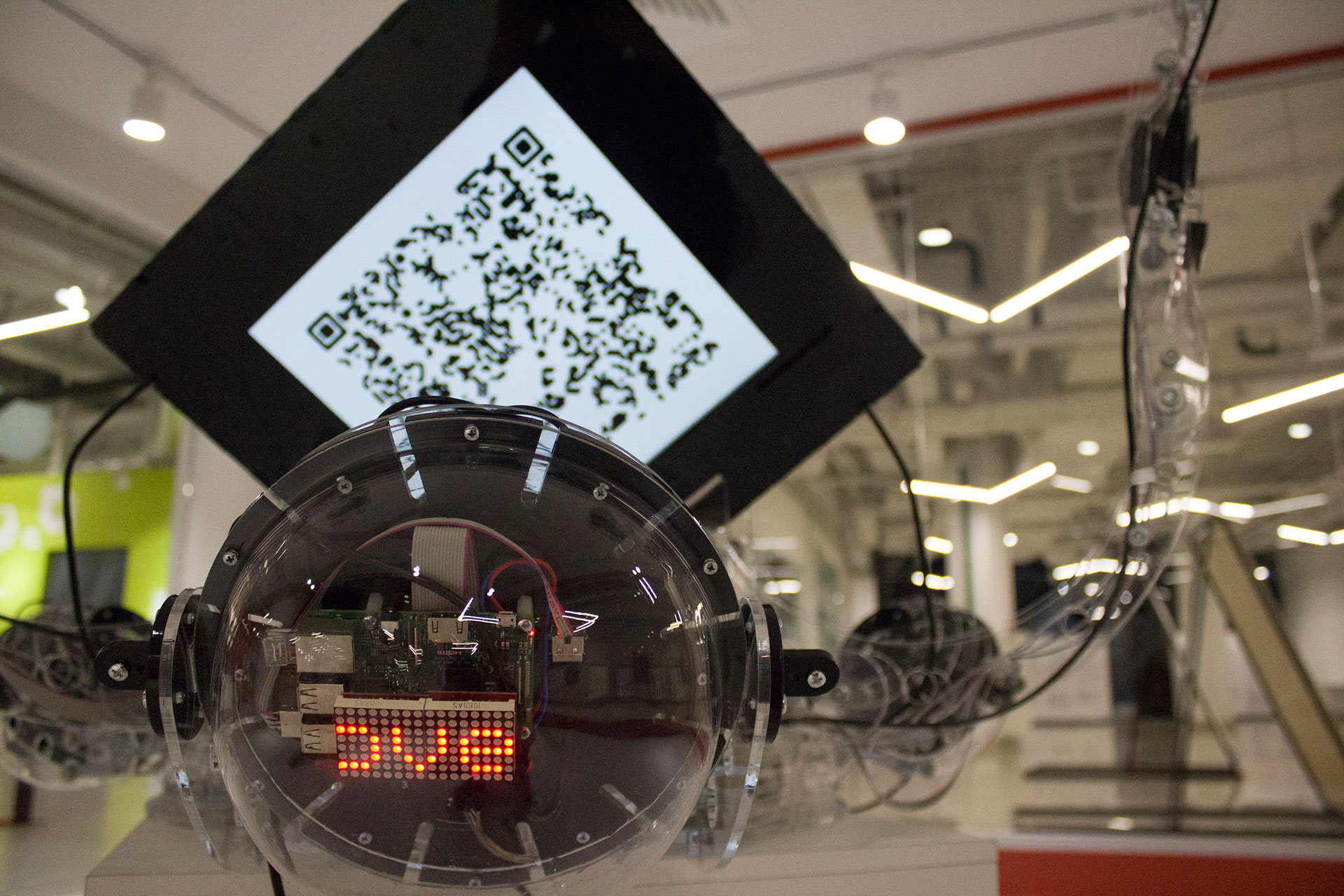 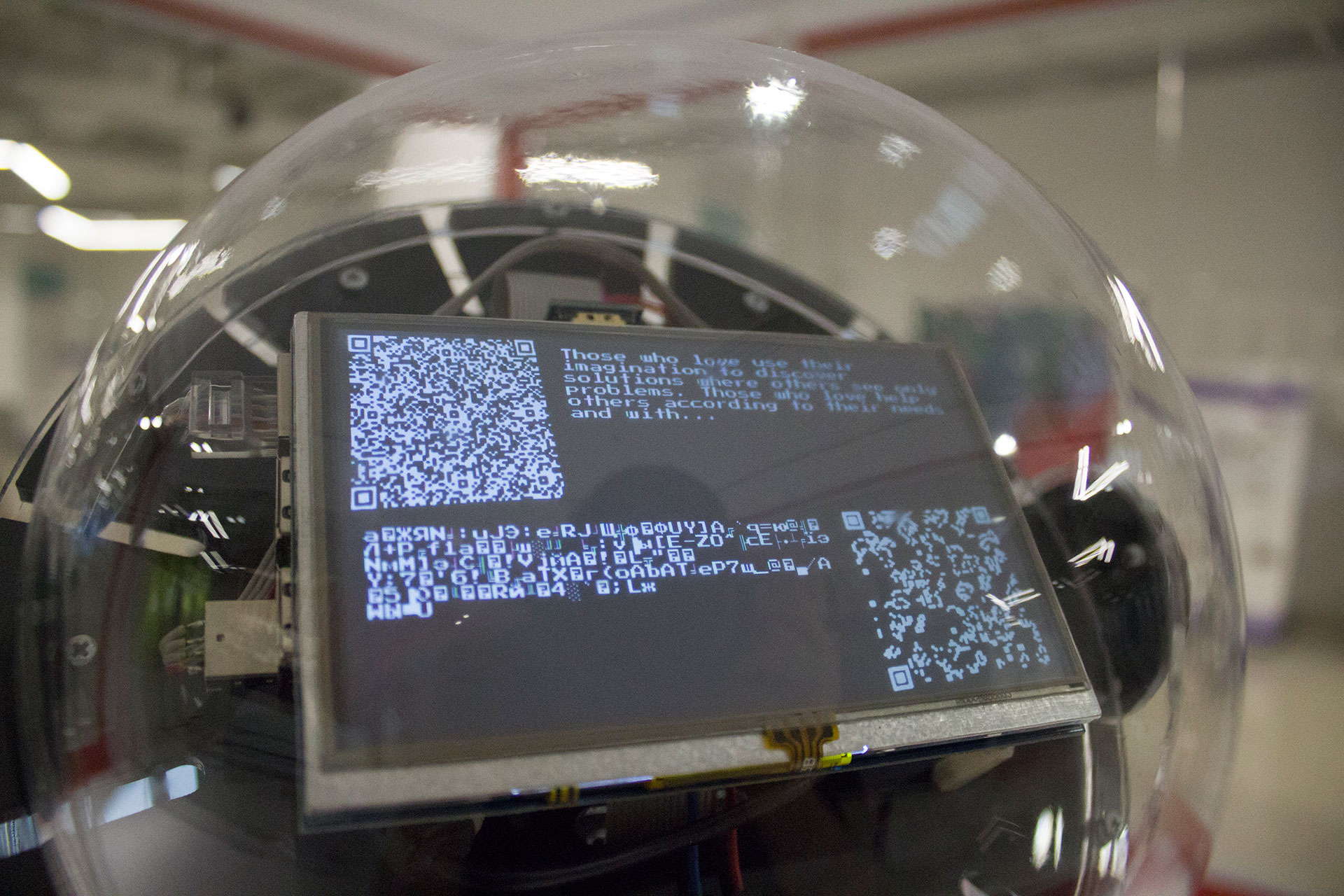 Technical progress leads to increasing complication of various digital systems, which have long been a part of our life. For example, the Internet is already passing the stage of digital prebiotic broth and becoming closer to primitive biological ecosystem whose microscopic inhabitants are constantly evolving fragments of binary code. In the future, in order to understand the processes taking place in that kind of digital ecosystems, computer science will have to adopt various methods of the biological sciences.

Data Hatcher is the machine for estimation of the viability of that digital microlife. The machine uses one of the main microbiological research methods - the microbiological plating. For that purpose it takes a random “sample” from the network - a fragment of actual text information - and performs the plating on the two-dimensional space of the QR-code that acts like digital Petri dish with nutrient medium. Cells of the code (one bit of information) then develops like biological microorganisms according to the rules of Conway's Game of Life.

Monitoring of data evolution occurs in real time using the six automatic observers of the resulting QR-codes, which translate binary information into texts and sounds. The more viable the data obtained from the network, the more continual and harmonious sound combinations the researcher hears.

As in microbiology, with simultaneous observation of various sectors of the Internet and periodic sampling, it becomes possible to monitor its general condition and certain trends of the data evolution in it. The results of monitoring are encoded in an algorithmic multichannel composition combined from the processed sounds of dialogues between human and machine - a kind of acoustic computer language.